“Too often society builds up a language, then defines it very specifically, and then looks for ways to make life fit the word. In reality, the words are only tools to communicate our lives — not the roadmaps for our lives.”

Our glossary has provided the following definitions which relate to our project, however, these definitions are informed by certain experiences. A goal of our research is collaboration and we invite everyone to interpret these terms as tools to communicate their own lives and personal experiences.

Our hope is that this glossary will be a living document that evolves.

If you would like to offer you definition of one the terms below, or an additional term relating to your life and experiences, message us on our Instagram page @CrippingMasculinity or email us at CrippingMasculinity@ryerson.ca.

BI&POC is an acronym for Black, Indigenous, and People of Colour.

BI&POC highlights the unique relationship to the ongoing legacies of settler colonization and the trans-Altantic slave trade that Indigneous and Black people have, which shapes the experiences of and relationship to white supremacy for all people of colour.

Cis and Cisgender are words that people use to describe their gender identity as matching the genders of male or female assigned to them at birth.

When we crip, we “open up with the desires for the ways that disability disrupts” – Kelly Fritsch

Through this project we hope to ‘crip’ the dominant narratives about disability and masculinity by amplifying the experiences of people at the margins of both categories.

Deaf with a capital ‘D’ refers to Deaf identity and culture.

With a lower-case ‘d’, ‘deaf’ refers to the spectrum of experiences related to hearing.

There is no ‘right way’ to be disabled.

The gender-binary is socially constructed.

LGBTQ2S+ is an acronym that stands for Lesbian, Gay, Bisexual, Transgender, Queer or Questioning, Two-Spirit, and additional gender/sexual identifications.

“Two-spirit” refers to a person who identifies as having both a masculine and a feminine spirit, and is used by some Indigenous people to describe their sexual, gender and/or spiritual identity.

The use of ‘Mad’ and/or ‘Madness’ is both a way of self identifying and rejecting the labels of ‘mental illness’ or ‘disorder’ for the understanding of thought, behaviour, and experiences of psychiatric survivors, consumers, service users, patients, and the neuro-diverse.

Mad-Identity is a social and political identity by people reclaiming the language around mental health. These people may include, but are not limited to, people who have been labelled as mentally ill or as having mental health issues.

Masculine-presenting folks, meaning they present their gender in a more masculine way (e.g in their hair style, demeanor, clothing choice, or style);

Masculine of center, indicating a range of terms of gender identity and gender presentation for folks who present, understand themselves, relate to others in a more masculine way;

Masculine-identified is a relationship to masculinity, either accepting, rejecting, or something in between western ideas of masculinity.

Non-binary is an indentifier for someone who may experience a gender identity that is neither exclusively male or female, or is in between or beyond both genders.

Non-binary individuals may identify as gender fluid, agender (without gender), third gender, or something else entirely.

Trans and transgender are words that are used by people whose gender identity is inconsistent with the gender they were ascribed at birth. 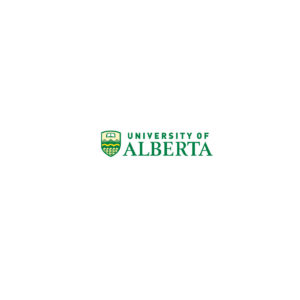